Below is a video I recorded on the topic above. Below that is a transcription of the video. It's probably just easier to watch the video....

If you haven't subscribed to our channel yet, make sure you hit the subscribe button, hit the bell to get notifications. And also you can jump on over to our Facebook group where you can get information on Shopify SEO, just sign up there, answer a couple of questions and we'll let you in. Okay, so this sort of video series, I've just be going through some of the updates on our Shopify Amazon hybrid store. If you haven't seen some of the other videos, essentially what we've done is, we've got a Shopify store where we have our own branded products, but what we've also done is add in now about 250 Amazon associate products as well.

So we've got sort of multiple streams of income coming in on this store. We're about four months into the Amazon side of it. So I just wanted to update on the earnings for this month, or sorry, for last month, which is June, 2020. And then also talk about what we did on the site in that month.

So, this was a month before, so this was May. You can see we made $80. So I'm just going to go and go to the last month. Didn't work. Okay, there we go. Last month, June. And we can see we made $212. So, record month for our little Shopify Amazon test hybrid store, whatever you want to call it. So quite good. We actually had a bit of, in the middle of June, we had a bit of a traffic pullback. Now, what I think has happened is, we had a bit of a legacy pullback from the Google May update. It's an Australian store. So came back a little bit and pullback in traffic. And then we've actually, I'll show you in a second, but we've actually recovered to record highs.

So pullback, we lost a little bit of traffic. So in the middle of the month here you can see we didn't have a lot of clicks coming in. So the red line is clicks. A few little orders in there, but then as we got towards the end of the month, we started to get a bit more traffic, and we got some more orders. So $112 earned in Amazon associates fees, free revenue, and then all our products here as well. So we had 21 ordered items. So there was two items that weren't dispatched for the month. So actually the earnings will be a little bit higher there. So we're just at ... and then have a look at this month. So we're up to seven days in. So we'll go to this month.

And you can see already we're up to $66, 13 orders. So this is, well, actually that's only six days in. So you can see we're starting to grow, grow quite well. And this is because, well, there was a number of orders with high ticket price items, and some of those rankings have come up, some of those bigger items. So that would be one of the reasons. And also we had an uptick in traffic. So yeah, a bit of a test, like where do we go to from here with this store? I'll talk about that in a second, but I'm just going to bring over the analytics graph, just so you can see what sort of happened in the last, roundabout the last eight days. Okay. So this is the Google analytics graph for since the 29th of June. And we're now we're now on the seventh. So this is up until the sixth.

So you can see here, this is where the traffic sort of ... This is just organic users, by the way, not total. There's a fair bit of social coming into the site as well. So you can see we came down a little bit to where our organic users were, and it's even lower before this. Then you can see here from about July 1st, we've started to get a traffic increase, and we've got more and more. And we had a record day yesterday. So that's, I think that's equal or the highest traffic we've had in the last couple of months. And already today looks like we're going to beat that, I think, by the time the day's out. So that's a nice little increase in traffic.

You know, one of the things when you're working on your site organically and you see these pullbacks, it always can be a little bit disheartening and you wonder what you're doing sometimes. And then, you know, I've been in this long enough, you don't panic. You just keep doing what you're doing. And then, you know, if you get this pull back and then, I've talked about this, about these ranking waves before, you get this pullback, and then you start to get that, it comes back to even higher sometimes. A lot of times that's what happens.

So what have we done to do this? Well, actually in the month of June, did nothing. Were busy, really busy with client work and some other projects. So I just let it sit. Didn't put any new products in, no social stuff, nothing. Just let it sit. Then that, you know, the traffic came back a little bit, but we just left it. But then at the start of ... And you know, I'm not saying this is why this has picked up again, but then roundabout the ... This is why got the graph like this. Roundabout the 29th, there was two things that I did to this store, and it only took me 30 minutes, I reckon.

First was, we added ... So I had a feed, no, I had a feed for just our branded products in Google Shopping. So I added our entire feed, so all 250-odd products, into the feed. The reason I did that was, in the previous video you might've noticed or we'd spoke about how the Google Shopping free listings are available now. And they're rolling out around the world. Now, at the time we thought it was only available in the U.S., but I just thought I'd throw them in and see what happened. So I threw the products into the feed, let it sit for a couple of days. And I started ... Then I did some searches and I started seeing the products popping up in the free listings in Google shopping. So that was pretty cool.

But at that time, and I still think it's like that, they were only showing up during the day. And I think it's still at the moment they're not showing up at nighttime. So this is in Australia. So they're showing up during the day, but not nighttime. So I'll keep an eye on that. So that's one reason that ... And I'm not seeing any data coming in for clicks in the search console or merchant center saying the clicks are coming from Google shopping. It's still just saying they're all, it's all organic clicks, all this stuff. Just standard organic clicks coming in. So I don't know. My gut tells me that's helped. And the rankings have come up as well. So if nothing else, adding the products to Google feed, you're adding your store to a Google asset. Google loves that. Merely that fact could be helping.

The other thing we did was, in one of the previous videos, I spoke about a co-citation strategy we're testing, and we started this roundabout the same time. So if you want to go back and just understand what that is, you can go back a couple of videos in our channel. Co-citation and co-occurrence. And just testing it with our test Shopify store here to see whether it works. I think that's had a help as well, because there's some evidence to suggest that you can get some pretty quick results with that co-citation strategy. So that could be, those two combined, I think this is what's happening. Then throw another spanner in the works, it also could be just the site recovering after the Google May update. But obviously the other two strategies are helping as well. So we'll monitor over the next month. I think we're going to have another record month of Amazon associate earnings. So that's pretty cool. So yeah, just keeping everyone up to date with our little Shopify slash Amazon hybrid store.

So what do we do for now with this store? Well, I'm going to continue the co-citation co-occurrence strategy. If I do see that that Google shopping is starting to bring in some traffic and it's helping, I'm going to start adding more products. That's a fair bit of work for us to do properly, but I'm not at the point with this store yet to really go all-in on it. I'm going to leave it a couple more months. And then if we continue to see the increases and things are stable, then I think we'll throw a lot at it. And I think by the end of the year, we can try and get up to that sort of $1,000 a month mark. It's got huge potential, but like I said, we're so busy with everything else that it's almost like a little test site at the moment.

Okay. Hope that was interesting. Thanks. We'll see you next video. 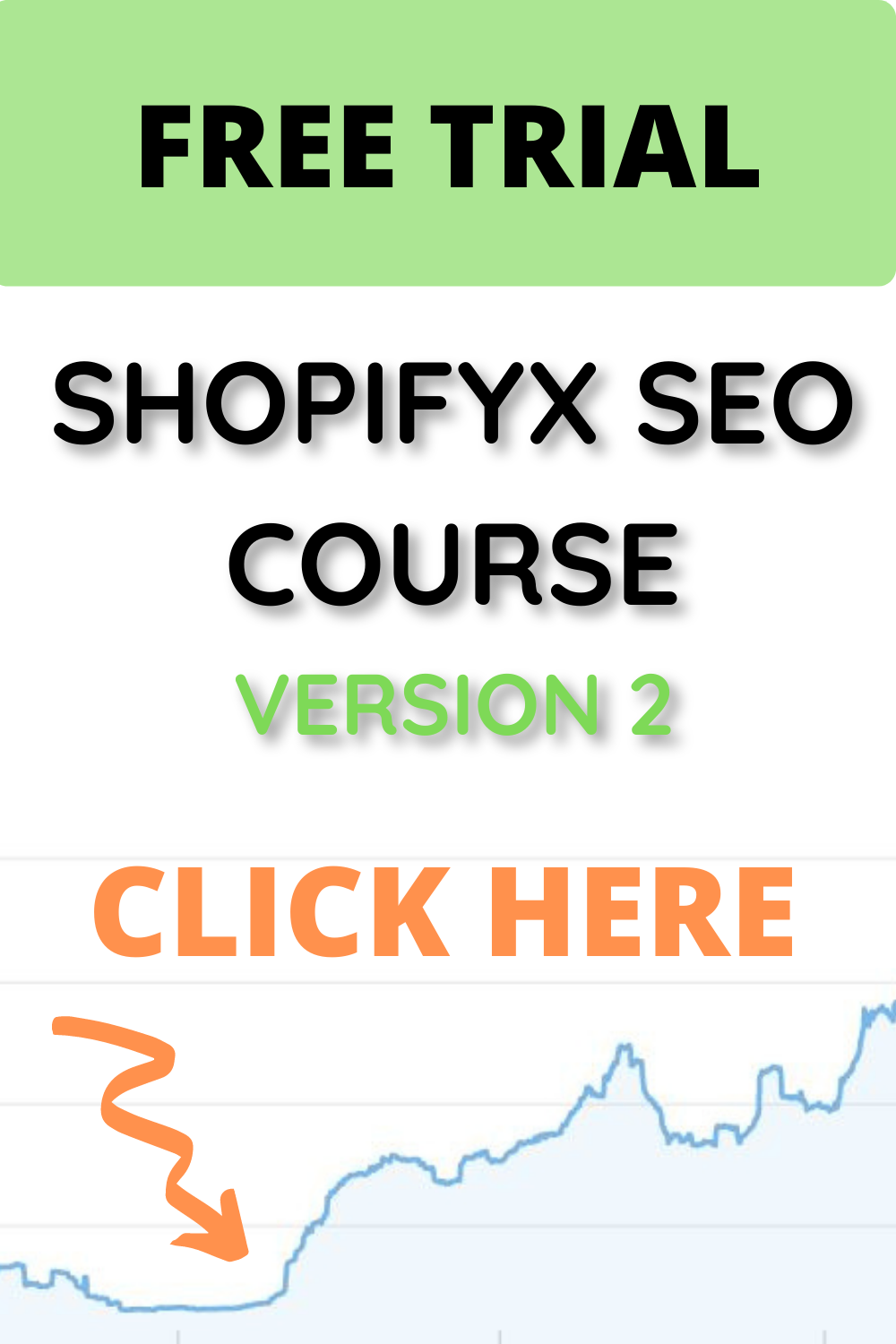 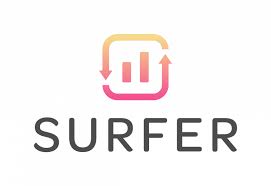